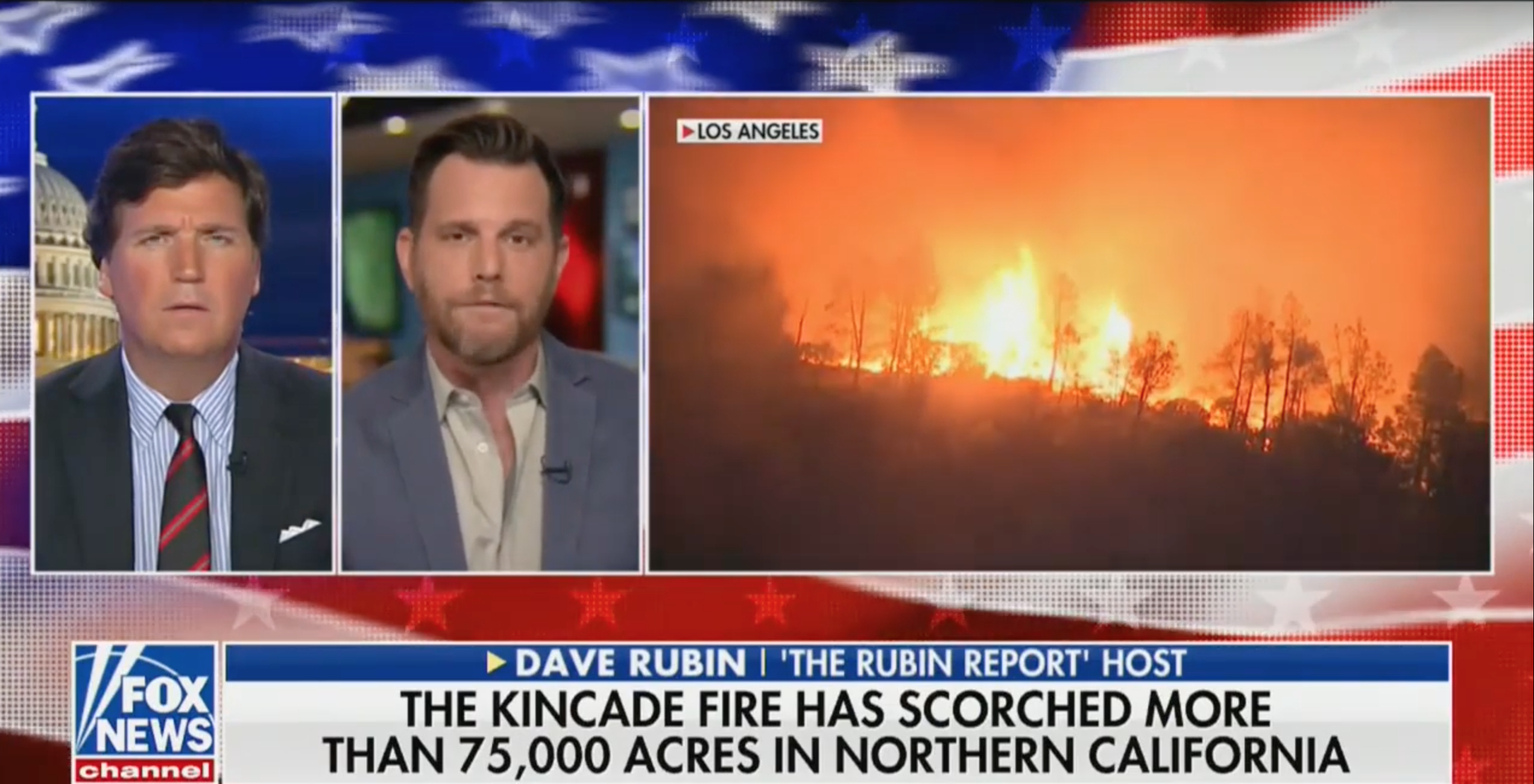 Before you even think to ask, no, you did not misread this headline. And no, this is not a secret Onion/Click Hole post. Tucker Carlson of Fox News seriously believes that diversity and “woke culture” are the masterminds behind the devastating California wildfires.

Carlson invited conservative YouTube personality and podcaster Dave Rubin on his show to dig into the complex problems surrounding the fires.

“PG&E strikes me as almost a metaphor for the destruction of the state,” Carlson alleged. He then began to draw a web from the fires themselves to PG&E’s hiring practices, mainly surrounding LGBTQ and Black people. How do they relate you ask? Well, according to Carlson, companies such as PG&E are so blinded by hiring diverse employees that they do little to screen their qualifications, thus leading to inadequacies of handling said wildfires.

“The problem right now is that everything, EVERYTHING, from academia to public utilities to politics, everything that goes woke, that buys into this ridiculous progressive ideology that cares about what contractors are LGBT or how many black firemen we have or white this or Asian that, everything that goes that road eventually breaks down,” he said. He was not alone in thinking this though; his guest agreed with him.

“That’s true,” Rubin agreed, adding that this isn’t the way “freedom is supposed to operate.”

The duo took it one step further, however, and connected the concern around diversity to PG&E’s blackouts to a lack of “libertarian or conservative-minded people in California to fight what the progressives are doing to the state.”

“If you can’t keep the lights on and you can’t keep the place from burning down, you’ve reached the point where there is no kind of lying about it anymore,” Carlson said as if he just discovered the cure for Cancer. “It’s falling apart. It’s a disaster. It’s not civilized anymore.”

Occasional member of The View, Ana Navarro, had some choice words for the two.

You can’t make this stuff up.

Watch the full clip below, if you can spare the brain cells.

The first Chik-fil-A in the UK is set to close after only one week after backlash over anti-LGBTQ donations
“Sense 8” star Brian J. Smith stripped down, got wet and came out in sexy, new spread for Attitude magazine