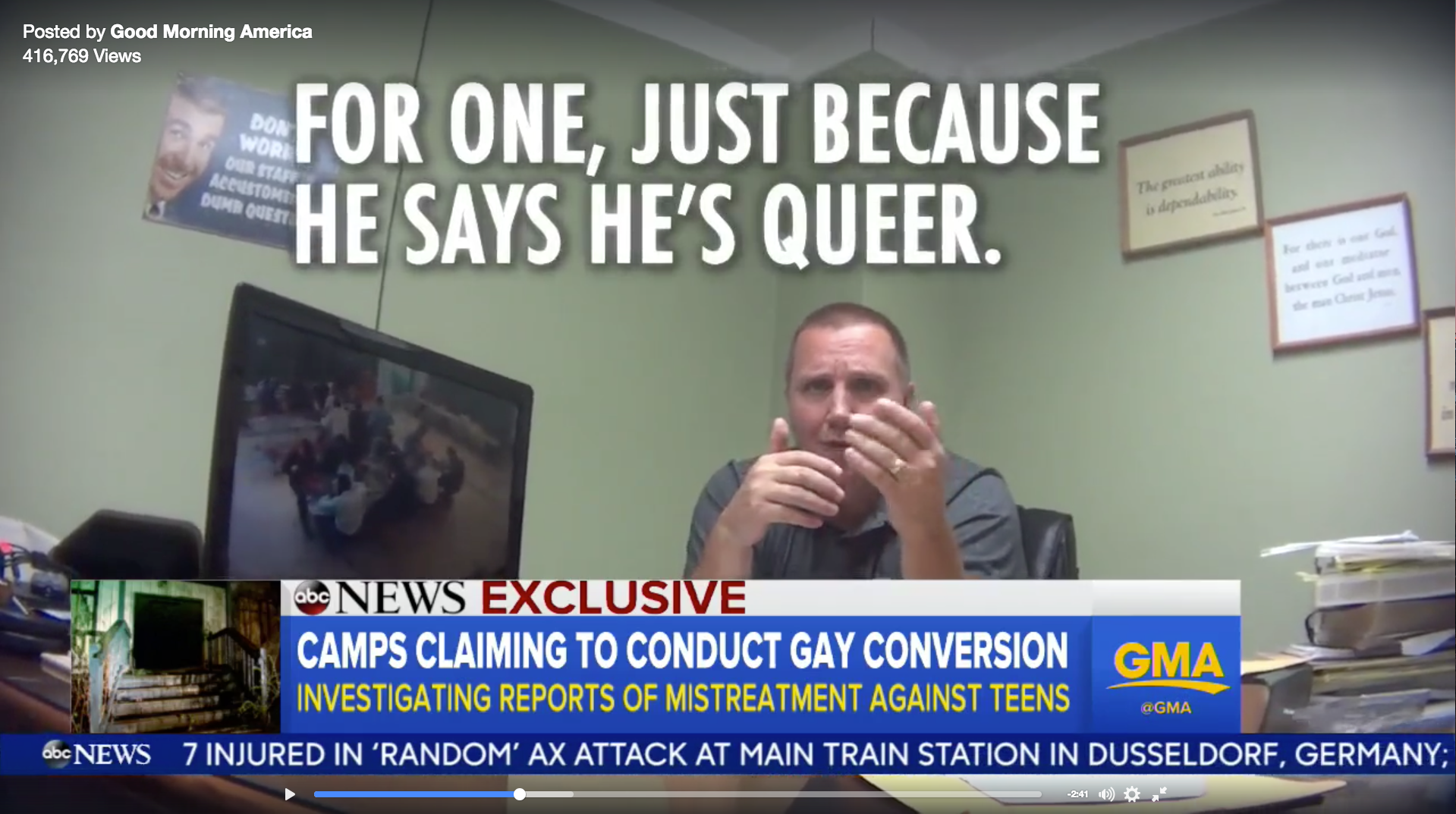 These Christian ministries or “camps” are centers where parents send their gay teens to change their sexuality.

Off a dirt back road in Alabama is a place called Blessed Hope Boys Academy, run by recovering alcoholic and drug-addict Gary Wiggins. This “academy” claims that with a bible and sometimes a belt, and of course a $21,000 yearly fee, they can deal with teenagers who consider themselves gay.

At Blessed Hope, they even get written permission from parents to strike their child if they act up.

This is just one of a number of places discovered by ABC news in a year long investigation practicing a notion denounced by leading medical groups that gay teens can choose to change their sexuality.

Susan Cottrell, Founder of FreedHearts, a NPO helping parents unconditionally love, accept and affirm their LGBTQI children, say that for every camp camp like this, there are 100 more that nobody knows about- that nobody is exposing on TV. That’s truly bone-chilling.

Robin Roberts, who revealed she was gay back in 2014, had an inspiring message to viewers on Friday morning. She said:

No one was more religious than my parents and I’m so grateful, especially after seeing this, how supportive they were of me as a gay woman and my family and friends and I’ll never forget my mother saying, God loves you because of who he is, not because of anything you do or don’t do. Love is love.

To learn more, and hear the harrowing story of how two gay youths escaped such camps, tune in to “20/20” on Friday at 10 p.m. Eastern time.

Watch the video (below) to see what happens in these camps:

George Michael’s boyfriend says “F*ck You,” to critics after cause of death is revealed
A Sean Cody model attacked a police officer naked outside of a Cracker Barrel