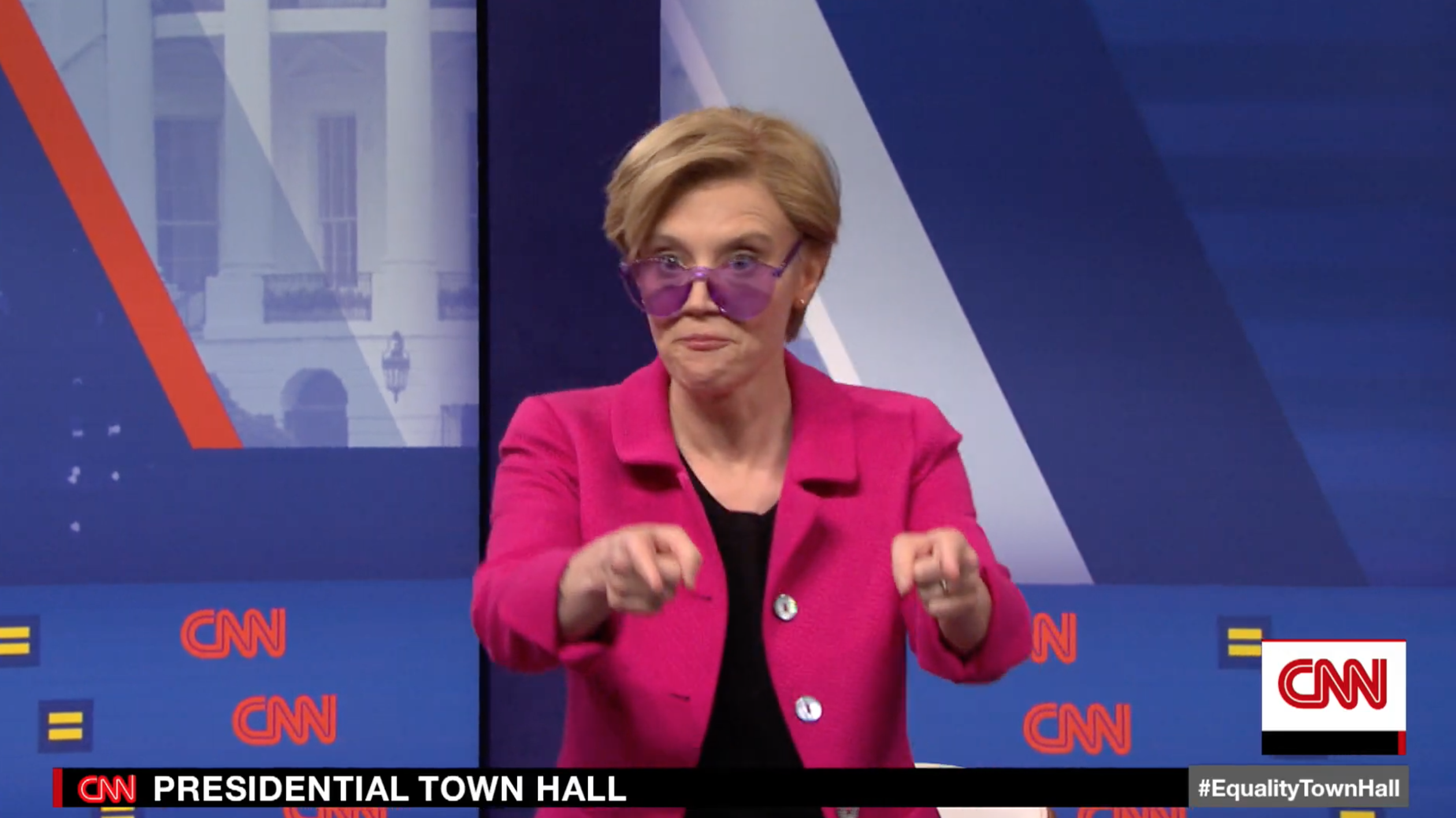 Emmy winner Billy Porter made a cameo in last night’s episode of Saturday Night Live to assist with emcee duties (a callback to his role on “Pose”) to introduce the many, many participants of the CNN Equality Town Hall, starting with Chris Redd as Cory Booker:

“He may live in the projects. But ladies, he ain’t no project. It’s Cory Booker!”

McKinnon, unsurprisingly, made the most of her time on the stage. Much like she did the last election cycle, her Warren character is quickly becoming gif-able sensation.

“Y’all know I’m not a lesbian but all the ingredients are there,” she said.

Warren’s segment evolved into a reading challenge riff (reading glasses and all) on her comments on gay marriage earlier this week, when she shut down a question about someone more traditional approaching them on the campaign trail.

“If someone doesn’t want to serve gay people at their small business, I bet that’s not the only thing that’s small,” she quipped.

But what easily stole the show, she then took off her wig for a Sasha Velour-esque wig reveal, rose petals and all.

This isn’s RuPaul’s Drag Race, nor do we have a crown or trophy to hand out, but if we did, we’d coronate McKinnon as our new queen.

Watch the full sketch below.