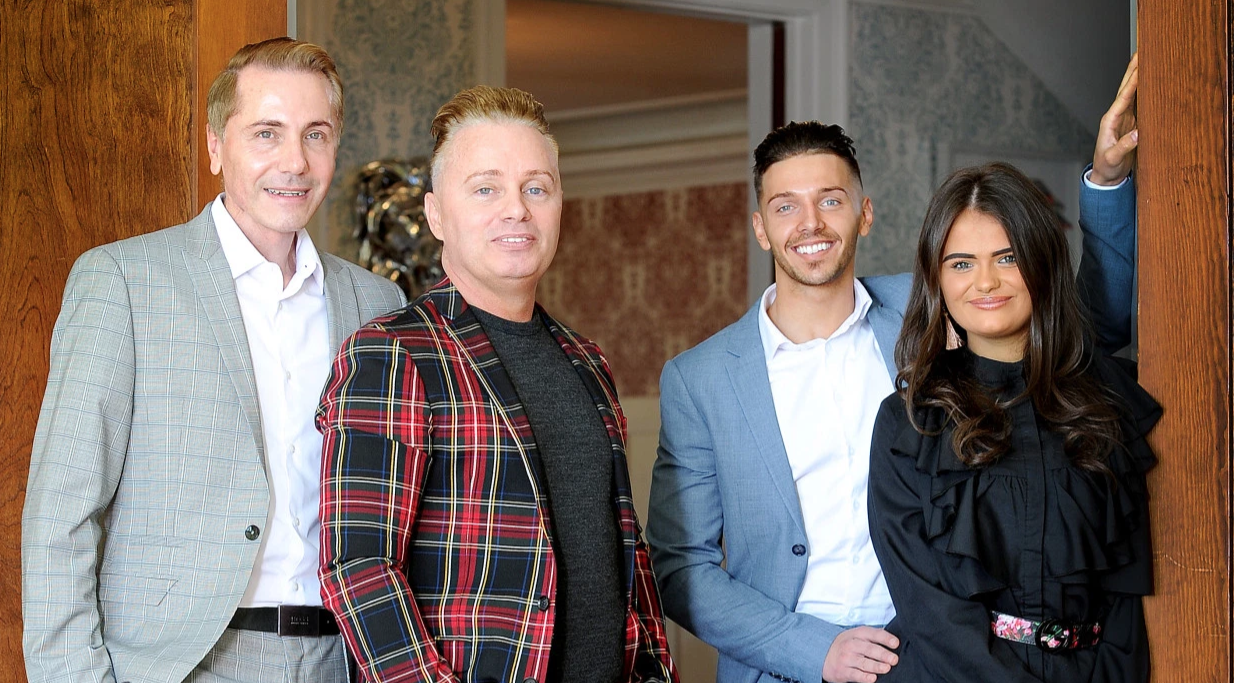 Say it isn’t so! Tony and Barrie Drewitt-Barlow, the couple that was made famous as the “first gay dads” of Britain, are calling it quits. The reason? One has fallen in love with his daughter’s ex-boyfriend.

The two made headlines as the first official same sex couple to have their names on a birth certificate as parents. But in a report with The Sun, Barrie opened up about the pair’s decision to split after 32 years together.

“I’ve fallen in love with Scott and he has done the same,” he admitted. “I feel stupid at my age to have these feelings about someone other than Tony and half my age. But when you know something is right, it’s right. We have not made definite plans but I would like to marry Scott.”

The twist? Barrie and Scott are still living with Tony in the $7.5 million mansion, though Barrie alleges that his daughter and soon to be ex-husband are “accepting” of the relationship. Barrie was adamant to let everyone know that this wasn’t part of some mid-life crisis.

“I’m not having a mid-life crisis — if I was having one I’d buy myself a Porsche 911,” he said. “This is the real deal. But not everyone will get it, as our living arrangements are unorthodox — I feel like I’m living in a commune, we are all still living together.”

Both Barrie and Tony have defied the social “norms” since they first made headlines in 1999. The two became civil partners in 2006, and then married each other in 2014 right after it was made legal. They then pushed back in the form of a legal challenge to stop churches’ right to opt out of hosting gay weddings. Now they’re back in the papers again, albeit for a different reason.

Scandal aside, it sounds as if everything is happening as pleasantly as one could hope for in this type of situation.

“Our children are still in a stable set-up, more so than many other families have. But now Dad’s got a new fella and we are one bigger happy family instead,” said Barrie.

At least this soap opera has a happy ending!

“Sense 8” star Brian J. Smith stripped down, got wet and came out in sexy, new spread for Attitude magazine
Gay tourist says he was kicked out of Puerto Rican bar for “dancing with another man”